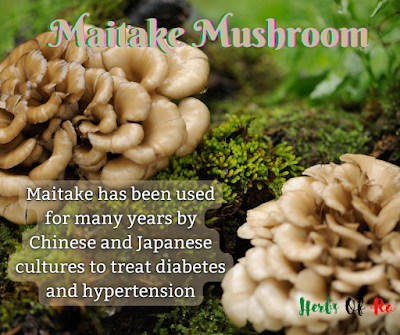 Maitake has been used for many years by Chinese and Japanese cultures to treat diabetes and hypertension. It seems that beta-glucan, a complex sugar found in many mushrooms, is responsible for reducing the amount of bad cholesterol. Bad cholesterol, known as Low-Density Lipoproteins (LDLs), which can be found in all cells of your body.

Another study done in 2010, looks at the effects of Maitake mushroom extract on aging female rats. These rats were split into five groups, with variations receiving Maitake in their diet. The effects for the groups that had Maitake incorporated in their diet found a decrease in their systolic blood pressure, inflammation, and increased sensitivity to insulin changes. This suggests that the use of Maitake lessen age-related hypertension and its incorporation to live a healthier lifestyle should not be overlooked.