Top Ten Deadly Herbs What You Need to Know

Until the recent past, most plant poisonings were found in children under six, and most were relatively minor. However, the desire to get back to nature is increasing the numbers and ages most likely to be poisoned. It's not just the folks who want to use alternative medicine for their healthcare. Larger numbers of us are hiking, camping and wildcrafting.

Without proper education, this can lead to some serious medical problems. Here are the top ten examples of this problem. Some are found in your local health food store, but many are found either in your garden or in the wild. Knowing what they can do may help save a life.

1) Apricot Kernels: When the kids in shop class wanted to harden metal, the teacher placed the metal and several apricot seeds in a special box and heated them up. The kernels would burst, releasing cyanide, which hardened the metal inside. If you eat these kernels, you are eating cyanide. The only way this will prevent you from dying of cancer is if the cyanide kills you first.

2) Blue Cohosh: A lot of women have relied on this herb to hasten delivery during childbirth. For those who have no problems with it, that is what the herb will do. Unfortunately, it causes blood pressure to go up dramatically, for both mother and child. Babies have been born in the process of having a heart attack, and it has killed both mother and child more than once. There may be occasions when this herb is helpful, but it should not be used casually or by anyone who doesn't know what they are doing.

3) : If you're old enough, you may remember castor oil. It was given to help keep you "regular," and it could have some painful consequences. This product was made from the castor bean, with ricin as the leftover powder from removing the oil. This plant is now sometimes used as a flower garden plant, and it has gone wild in many areas. Eating any part of this plant can cause severe diarrhea, nausea and vomiting, often with blood present. It can kill if enough is eaten.

4) Ephedra: This herb has been pulled from the market, due to the number of people who have been injured or killed after taking it. It contains a plant version of epinephrine, a powerful drug used by doctors in some emergency situations. It triggers strong "fight or flight" syndrome symptoms, including a rise in blood pressure and an increase in heart rate. 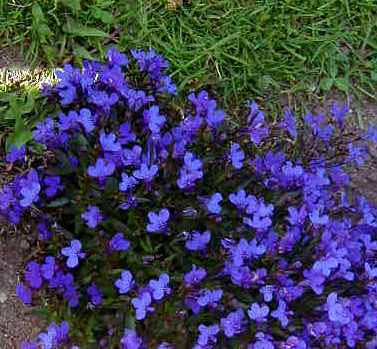 5) Lobelia: There is good news and bad news about taking lobelia. The bad news is it can shut down the nervous system, including involuntary responses such as breathing and heart rate. The good news is that it causes such violent nausea, vomiting and diarrhea it would be difficult to keep enough of it down to do so. There are safer herbs available to do the jobs this one does.

6) Monkshood: Another name for this unusual garden plant is aconite. Ingesting even one leaf of it can kill an adult within half an hour, so it's a good idea to avoid it. If you have pets or small children, it might be wise not to grow it.

7) Nightshade: Several species of datura are available. Jimson weed grows in disturbed soil, along roadways and between rows of crops. Youngsters like to harvest it and try to get high, but wind up either in the emergency room or the morgue. Other species include the angel's trumpet tree and the moonflower. Avoid all of them, as they can shut down the central nervous system in a hurry.

8) Oleander: This shrub, often used in borders or along freeways, contains constituents that affect the heart. The reaction is similar to, but stronger than digitoxin. Many people, especially children, have been poisoned and killed by this plant.

9) Poison Hemlock: The evergreen hemlock tree is not toxic, even though it has the same common name. However, poison hemlock is extremely toxic. Socrates was forced to drink it for ritual suicide. It resembles celery, and has been mistaken for it by those wildcrafting. It usually kills within a half hour to an hour after ingestion. If you're not positive, don't eat it.

10) Yew: The yew trees are used as privacy hedges in many areas. All parts of the plant are poisonous except the flesh of the fruit. Many people have seen birds and squirrels eat the berries and stay healthy, but we humans can't. The reason is the seed; squirrels and birds don't have grinding molars, so the seeds pass through uncrushed. We, on the other hand, do have them. It takes fifteen or fewer seeds to kill a child and about thirty to kill an adult.

The plants around us are beautiful and many provide a lot of healthy produce. However, it is important to respect the plants and to know which are safe and which are not. Unless you have been trained properly, it is wise to avoid new plants, even with the help of a plant guide. It's also wise to teach your children proper respect for and use of the local flora.