What is Cancer What Are Its Causes

The term 'Cancer' refers to any one of a large number of diseases in which a group of cells show an abnormal development with an uncontrollable division beyond the normal limits. They have the ability to intrude and destroy adjacent body tissues. Cancer cells have the ability to spread throughout the body via lymph and blood, thus destroying the healthy tissues (process known as invasion).

All the cancers begin in the basic unit of life - the cell. Normal cells in a body have the ability to grow and divide in a controlled way to produce more cells as per needed to keep the body healthy. When the cells become old or damaged, they die and get replaced with new cells. If and when this normal process gets disturbed then cancer gets initiated. In a normal process, old cells die after a certain period of time and are replaced by new cells. But in a cancerous state, new cells keep on developing while old cells do not die when they should thus leading to a mass of tissue known as a tumor.

There are two types of tumors:

1. Benign tumors: A benign tumor is not cancerous. It can often be removed and usually does not come back. These cells grow in a limited, non-aggressive manner. They do not invade the surrounding tissues and neither spread to other parts of the body, i.e., do not metastasize.

2. Malignant tumors: A malignant tumor is cancerous. Cells in these tumors invade the surrounding tissues and spread to other parts of the body.

There are certain risk factors which might lead to cancer development. These are:

Most of these risk factors can be avoided, while some others, such as family history, cannot be avoided. Wherever and whenever possible, steps can be taken in staying away from known risk factors.

Keep in mind that:

• Not everything causes cancer. • Cancer is not caused by an injury, such as a bump or bruise. • Cancer is not contagious. Although being infected with certain viruses or bacteria may increase the risk of some types of cancer, no one can catch cancer from another person. • Having one or more risk factors does not mean that you will get cancer. Most people who have risk factors never develop cancer. • Some people are more sensitive than others to the known risk factors.

Read on for more information about some of the common risk factors for cancer:

Age is an important risk factor for cancer. Most cancers occur in people over the age of 65. But people of all ages, including children, can get cancer, too.

Tobacco use highly increases the risk of getting cancer, either it be directly using the tobacco or being around tobacco smoke (secondhand smoke). Smokers are more likely than nonsmokers to develop cancer of the mouth, the organs related to respiratory system and the digestive system. They also are more likely to develop leukemia - cancer that starts in blood cells.

Natural source of Ultraviolet (UV) radiation is the sun. Other sources are sunlamps and tanning booths. It causes early aging of the skin and skin damage that can lead to skin cancer.

Doctors encourage people of all ages to limit their time in the sun and to avoid other sources of UV radiation:

• Try to avoid exposure to the sun between 10 a.m. and 4 p.m. • Stay in the shade if you have to go outside. • Cover exposed areas of the body. • Wear light-colored, loose-fitting clothing, a broad-brimmed hat and sunglasses with lenses that absorb UV. • Use sunscreen with a SPF of at least 15. They may help prevent skin cancer. • Stay away from sunlamps and tanning booths. They are no safer than sunlight.

Ionizing radiation can cause cell damage that leads to cancer. This radiation comes from rays that enter the Earth's atmosphere from outer space, radioactive fallout, radon gas, x-rays, and other sources.

Radioactive fallout comes from accidents at nuclear power plants or from the production, testing, or use of atomic weapons. People exposed to this fallout may have an increased risk of cancer.

Radon is an invisible, odour-less, tasteless radioactive gas. People working in mines may be exposed to radon.

Talk to your doctor or dentist about the need for each x-ray. Also ask for shields to protect parts of the body that are not in the picture.

Certain Chemicals and Other Substances

Studies show that exposure to asbestos, benzene, benzidine, cadmium, nickel, or vinyl chloride in the workplace can cause cancer. People who have exposure to these things in their workplaces - like painters, construction workers, and those in the chemical industry - have an increased risk of cancer.

Always tend to follow instructions and safety tips when handling harmful substances both at work and at home. Also be careful at home when handling pesticides, used engine oil, paint, solvents, and other chemicals.

Some Viruses and Bacteria

Being infected with certain viruses or bacteria may increase the risk of developing cancer:

• Human papillomaviruses (HPVs) is the main cause of cervical cancer along with some other types of cancer. • Hepatitis B and hepatitis C viruses might develop into liver cancer. • Human T-cell leukemia/lymphoma virus (HTLV-1)greatly increases the risk of lymphoma and leukemia. • Human immunodeficiency virus (HIV) - commonly known as AIDS. People having HIV infection have a greater risk of cancer - lymphoma and a rare cancer called Kaposi's sarcoma. • Epstein-Barr virus (EBV) has been linked to an increased risk of lymphoma. • Human herpesvirus 8 (HHV8) is a cause of Kaposi's sarcoma. • Helicobacter pylorican cause stomach ulcers. It also can cause stomach cancer and lymphoma in the stomach lining.

In some health issues, doctors recommend hormone therapy. However, studies show that hormone therapy can cause serious side effects: increases the risk of breast cancer, heart attack, stroke, or blood clots.

A normal cell may become a cancer cell after a series of gene changes occur. Some gene changes that increase the risk of cancer are passed from parent to child. These changes are present at birth in all cells of the body.

It is uncommon for cancer to run in a family. However, several cases of the same cancer type in a family may be linked to inherited gene changes, which increase the chance of developing cancers. However, environmental factors may also be involved. But mostly, multiple cases of cancer in a family are just a matter of chance. 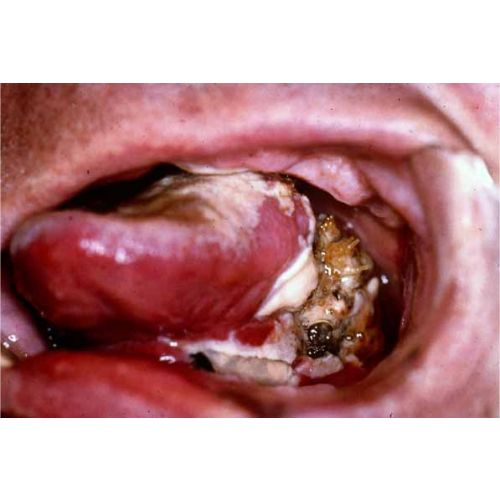 Talk to your doctor if you think you may have a pattern of a certain type of cancer in your family. Your doctor may suggest ways to try to reduce your risk of cancer and also may suggest exams for early detection of cancer.

Poor Diet, Lack of Physical Activity, or Being Overweight

People who have a poor diet, do not have enough physical activity, or are overweight may be at increased risk of several types of cancer.