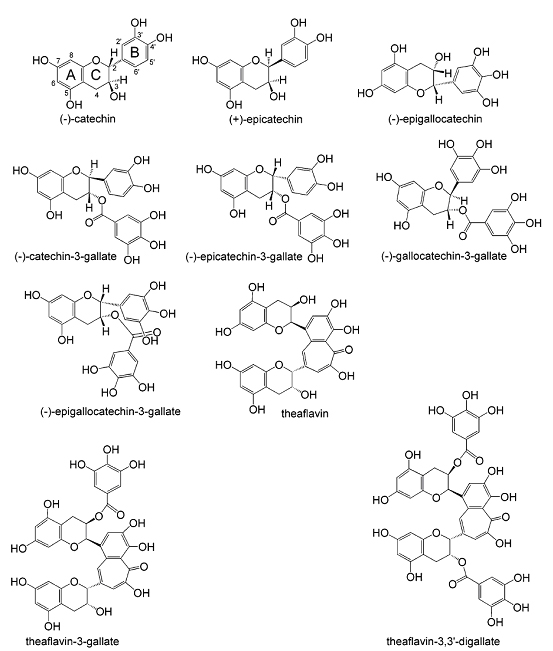 It's well known that green tea has many health benefits. What you may not know is that a class of substances known as polyphenols are credited for most of these benefits. In this article I will discuss polyphenols and their role in improving our health.

What Is A Polyphenol?

Polyphenols are substances naturally found in plants. A subgroup of polyphenols called flavonoids have been found to have health benefits. Flavonoids are produced in fruits, vegetables, and tea. Tea has particularly high quantities of flavonoids, up to 8 to 10 times as much as vegetables and fruits.

Flavonoids are powerful antioxidants. Antioxidants are believed to be beneficial to our health because they help prevent cell damage. Antioxidants function by cleaning up free radicals, and stopping them from dealing damage to cells.

Most of the flavonoids in green tea are catechins. Catechins are simply a subgroup of flavonoids. Catechins make up about 25% of the dry weight of green tea.

There are many different catechins, but epigallocatechin 3-gallate (EGCG) has received the highest degree of research. There is significant indication that EGCG is useful in treating many different cancers, as well as preventing them.

EGCG makes up 50 to 75% of the flavonoid content in green tea. As the name flavonoid suggests, these substances add to the flavor of fruits, vegetables, and tea. EGCG is responsible for much of the bitterness in tea. Brewing for longer times, with hotter water, will lead to a more bitter drink, with additional EGCG. If you want to maximize the health benefits of tea, brew a stronger beverage or use the leaves for several infusions to extract more polyphenols.

Green tea has much higher levels of EGCG than black teas. This is because the oxidation processes used to create black tea transforms the catechins into different polyphenols. These polyphenols may still have health benefits, but they have not been as exhaustively researched as EGCG.

The USDA has discovered that fresh brewed, hot tea has the greatest concentrations of polyphenols. Instant tea has decreased amounts, and ready to drink teas have even less. Decaffeinated green tea has low levels as well. To get maximum health benefit, make your own regular tea.

You might also think about using loose leaf tea over bag tea. Loose leaf has been less processed, and is created from higher quality leaves. Bag teas are created from leaves which have been chopped into extremely tiny pieces. This results in the more oxidation and greater loss of healthful substances.

Check out my site for more information on green tea and green tea pills.