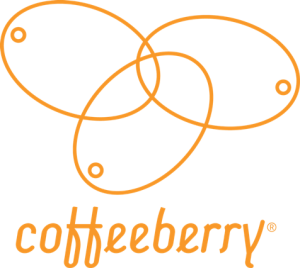 SoZo® is a polyphenol-rich nutritional supplement beverage that has been scientifically designed to incorporate a full spectrum of the most antioxidant laden fruit and vegetable whole food powders and extracts available in the world today.

OK, what are polyphenols and what makes them so specials?

Remember being told to eat your vegetables when you were a child? Well, in recent decades scientists have found another reason for doing so-polyphenols. Chances are you have never heard of polyphenols but you need to know why they are so important to your health.

The term polyphenol means "more than one phenol". Phenols are organic compounds that act as one of Nature's basic building blocks. Polyphenols are the most abundant class of phenol compounds found in all plants, and are part of a larger group of compounds known as antioxidants that act to prevent your body's cells and tissues from becoming damaged because of oxidation, a process in which cells and tissue begin to "rust out".

Scientists have identified more than 8,000 different types of polyphenols in plants. Most of them are concentrated in outer sections of fruits and vegetables (the peel, rind, and skin), but they occur in other parts of plants, as well. Polyphenols are responsible for many plant qualities, including their color, flavor, scent, and taste. They also help keep plants strong and healthy by protecting them from harmful bacteria and fungi, as well as from insects and ultraviolet light. Over the decades, research has found that polyphenols are also responsible for many health-promoting properties that fruits, vegetables, nuts, seeds, and grains provide to our diet.

One of the main reasons why polyphenols are so important to good health is because they act as catalysts that enable other nutrients to properly do their job. Additionally, unlike most other nutrients, the health benefits polyphenols provide are very broad in scope, including their ability to simultaneously regulate a wide variety of different cell functions. By contrast, nutrients such as vitamins, although they are also vital for good health, typically serve very specific and limited functions in cellular metabolism.

There are three main classifications of food-based polyphenols: flavonoids, linnans, and tannins.

Flavonoids: Of these three classes of polyphenols, flavonoids have been studied most widely and include literally thousands of compounds. Because of how numerous they are, flavonoids are by far the most common class of polyphenols. Despite this fact, the typical American diet is unfortunately devoid of most flavonoids, as well as polyphenols in general.

Research has established that flavonoids have a mutually beneficial, or synergistic, relationship with vitamin C, acting to improve each other's antioxidant activity. In addition, it is known that many of the health benefits vitamin C provides cannot occur without the presence of flavonoids.

Lignans: Lignans comprise one of the four primary classes of chemical compounds known as phytoestrogens. Phytoestrogens are so named because of how closely they are structurally to estradiol, the main form of the hormone estrogen.

Because of their close resemblance to estradiol, lignans, as do all other phytoestrogens, influence cellular "switches" known as estrogen receptors that are located throughout the human body. Estrogen receptors affect many important aspects of the body, including the arteries, the brain, the reproductive organs, and overall production of other hormones. Estrogens imbalances are increasingly common in both men and women today. Too little or too much estrogen can result in a host of health problems. Because of their ability to switch estrogen receptor sites "on" and "off," dietary lignans help to counteract estrogen imbalances.

Tannins: Have you ever eaten fruit that wasn't fully ripe? If you have, you most likely experienced a dry aftertaste in your mouth and felt your lips pucker. Similar sensations are often experienced after drinking a glass of red wine. These sensations are caused by the third class of polyphenols, called tannins, which are known for their bitter and stringent properties.

Tannins provide many proven antioxidant benefits. There are a number of beverages and foods that are rich in tannins. Tannin-rich beverages include coffee, tea, wine, beer, and juices made from apples, grapes, pomegranates, and most berries. Among foods, various fruits have the highest concentrations of tannins. These include apples, berries, grapes, persimmons, and pomegranates. Other food sources of tannins include legumes, and nuts. Dark chocolate is also rich in tannins, which are responsible for its bitter taste.

Given the fact that polyphenols are responsible for the color of fruits and vegetables, it should be obvious that the best way to obtain a wide range of polyphenols from your diet is by eating a variety of different colored fruits and vegetables each day. Researchers and physicians who specialize in diet have pointed out the importance of eating in this way for many years. Unfortunately, the standard American diet is almost entirely "brown and beige" in color, consisting of foods that are not only lacking in vital nutrients, including polyphenols, but are also high in unhealthy refined starches, sugars, and fats. This goes a long way to explaining our nation's health crisis.

It has been estimated that fewer than 25% of Americans get the recommended amounts of fruits and vegetables. To make matters worse many of the fruits and vegetables consumed today have been exposed to heat, light, and air during processing and storage. All of these elements can decrease the amount or effectiveness of various antioxidants found in these foods. Many antioxidants can also be removed during the processing of fruits and vegetables. Along with many known beneficial compounds that are removed during food processing, many unknown compounds, whose beneficial properties have yet to be discovered, may also be destroyed or removed.

Whole food fruits and vegetables in their concentrated and least-processed forms are a possible way to deliver the benefits of polyphenols in a physiologically significant dose.

Although the effects of the ingredients in SoZo® are well documented and understood, SoZos'® clinical trial (see Nutrition Journal) was performed to confirm the synergistic effects of their scientifically-designed blend. (see what's in SoZo). Instead of merely estimating the polyphenol content of SoZo® solely from previous testing of its components, a full comprehensive analysis was done to find the actual concentration of phenolics in each bottle.

These tests confirmed that each 3oz serving of SoZo® gives a person the equivalent antioxidant protection of consuming 20 servings of fruit and vegetables.

A growing body of research has shown that polyphenols:

• Enhance cardiovascular health and protect against heart attack and stroke

• Prevent abnormal blood clotting and hardening of the arteries (atherosclerosis)

• Maintain the health of urinary tract

• Act as a natural antibacterial and antiviral agents

• Act as natural anti-inflammatory agents and protect against the pain associated with arthritis, gout, and other inflammatory diseases.

• Enhance the body's production of energy

In summary, SoZo® was shown to have significant and sustained effects on 8-IP F2α which is a potent vasoconstrictor, and is considered the gold standard for measuring oxidative stress. Studies have shown that serum levels of this bio-marker are raised under certain inflammatory conditions such as obesity, diabetes, and arthritic and cardiovascular diseases. One dose of SoZo® reduced this bio-marker 40% in the first hour! SoZo® was also shown to have positive effects on AOPP, NO, and CRP. All bio-markers were affected at the first hour, which means that SoZo® was fast acting and likely had a primary and direct effect on studied biomarkers. These biomarkers are directly associated with inflammation in the body as well as cardiovascular and other chronic diseases.

TRY SOME AND SEE FOR YOURSELF!