How to Cure Tinnitus 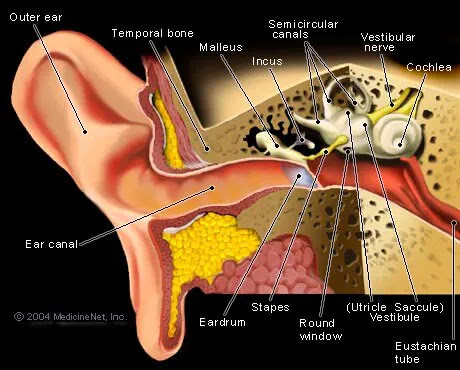 Unfortunately there is no cure or magic pill that will help the people who suffer from tinnitus to no longer hear the noises in their head. The good news is tinnitus is receiving more attention and new research is currently taking place in an effort to find a tinnitus cure. While scientists continue to search for the cure, tinnitus sufferers may find comfort in knowing that in some cases, tinnitus can be quieted.

When the underlying cause of tinnitus can be identified, it may be possible to cure tinnitus. For instance, if tinnitus is related to a disease of the ear and the disease is treated and cured, the tinnitus symptoms will generally disappear. Some would say their tinnitus has been cured because the symptoms have been eliminated. Others would claim their health problem was cured, thus eliminating the tinnitus symptoms.

Some people have excessive ear wax that blocks outside sound from coming in. By having a physician or audiologist remove the wax, the source of the tinnitus is also removed. Depending on who you talk to, ear wax removal may be seen as a cure for tinnitus. Those who experience elimination of tinnitus symptoms through ear wax removal claim they feel as if they've been cured. A natural tinnitus cure if you will.

Many people with severe hearing loss have found tinnitus relief with the help of a device called a cochlear implant. Not only does the cochlear implant help these individuals hear the world around them, it also helps diminish the tinnitus. While this is no cure, it has proven to provide effective relief from severe tinnitus symptoms.

Drugs Therapy As A Cure For Tinnitus

Drug therapy can provide relief from tinnitus. However, certain drugs are known to cause tinnitus and there are other risks involved. It's always wise to thoroughly discuss all tinnitus treatment options with your professional healthcare provider. Certain treatments intended to cure tinnitus have, in some cases, increased the intensity and frequency of tinnitus. These treatments which include medications, surgical procedures and electrical stimulation can in no way be regarded as a tinnitus cure.

Masking is a technique that has proven successful in the treatment of tinnitus. Masking is a non-medical option used to reduce or "mask" unwanted noise. Tinnitus maskers are worn like a hearing aid to produce a neutral white sound. Over 60% of patients with severe tinnitus report relief. Masking devices are not suitable for everyone and you should consult a qualified audiologist before using one. Again, whilst masking has helped some people it cannot cure tinnitus.

Alternative practices such as chiropractic, osteopathy, homeopathy and acupuncture, have only been studied in a few cases and none have ever claimed to cure tinnitus. The results show these practices oftentimes improve a person's general well-being, which in turn helps them deal with tinnitus symptoms more effectively.

Homeopathy is most effective in the treatment of tinnitus [http://www.t-gone.com/tinnitus%20-treatment/] but cannot cure tinnitus.

John and Ellen Currie have been providing tinnitus support for sufferers of tinnitus and Meniere's disease from their website since 1999.