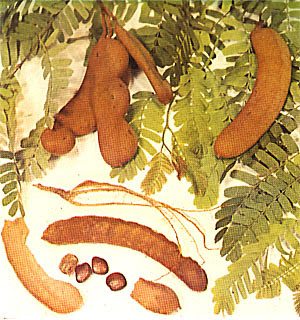 Tamarind also known as Indian date is a tree in the family Fabaceae. It is scientifically known as Tamarindus indica. The genus is monotypic as only one species is known. Tamarind is native to tropical Africa where it grows in wild in Sudan. It is also cultivated in Cameroon, Nigeria and Tanzania. It was introduced in Mexico and South America in the 16th century by the Spanish and Portugese colonists. The first tamarind tree was plant in Hawaii in 1797.

Tamarind is a long lived, medium growth bushy tree attaining a crown height of 12.1 to 18.3 metres. The crwon is vase shaped in outline with dense foliage. It grows well in full sun. it can also grow well in clay, loam, sandy, and acidic soils and is highly tolerant to drought and aerosol salt. The leaves are evergreen, bright green in colour, elliptical to ovate and arranged alternately on the branches. They are pinnately compound and less than 5 cm in length. The branches arise from a single central trunk which is often pruned in order to make the tree attain a dense look. At night the leaflets close up. The flowers are inconspicuously elongated and red or yellow in colour. They are 2.5 cm in width, borne in racemes, five petalled and with red or yellow streaks. Buds are with four pink colour sepals which are lost as the flowers mature and start blooming.

The fruit is an indehiscent legume, 12-15 cm in length with a hard brown shell. The fruit bears a juicy, fleshy and acidulous pulp. At maturity it attains reddish-brown colouration. The tamarinds of Asia have longer pods bearing 6-12 seeds while those of Africa and West India have smaller pods with 1-6 seeds only. The seeds are flat and brown. Tamarinds are sweet and sour in taste and are highly rich in acid, sugar, vitamin B and calcium. The trees are frost sensitive. The timber consists of hard, dark red heartwood and softer, yellowish sapwood. The plant is grown by pulling the pod from its stalk. A mature tree produces about 175 kg fruits every year. Tamarinds are known by different local names in different parts of the world. 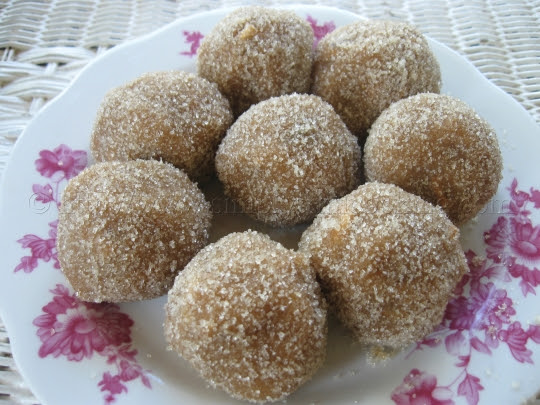 Seeds can be scarified in order to enhance the germination. They bear the potential to germinate even if kept in dry condition for many months. Although it is native to Sudan but the tropical Africa, Mexico and Asia are the largest consumers of tamarind. The fruit pulp is very popular and is edible. The green pulp of the fruits is very sour in taste and is used as a savory agent in a number of dishes as well as a pickling agent and also in making certain poisonous yams in Ghana which are safe for human consumption. The ripe fruit is considered palatable as it becomes sweet in taste rather than being sour. It is widely used in making snacks, jams and sweetened drinks. It is also consumed as a natural laxative. In western cuisines it is used in HP sauce. It India it is widely consumed in a number of dishes all over the country.

Phytochemical studies have indicated the presence of tannins, saponins, sesquiterpenes, alkaloids and phlobatamins which are active against Gram positive and Gram negative bacteria at temperature range of 4-30Ã‚Â°C in tamarinds. They are widely used throughout Asia and Africa in a number of health remedies. In Northern Nigeria, fresh stem bark and leaves are used for making a decoction along with potash for curing stomach disorders, body pain, jaundice, yellow fever and is a blood purifier and skin cleansing agent. In Indian Ayurvedic system of medicine they are used to treat gastric problems and are believed that they are cardioprotective. In temples especially in the Buddhist Asian countries the pulp of the fruits is used to polish polish brass shrine furniture. The wood is bold red in colour. Due to the density and durability of the heartwood it is often used in making furnitures and flooring. They are also used in bonsai culture. 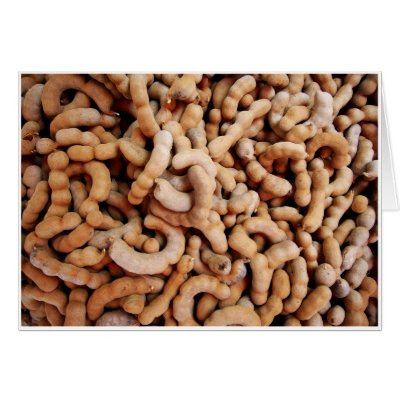