Aromatherapy and Its Benefits Both Physical and Psychological 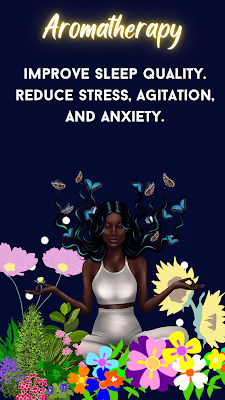 Aromatherapy is an alternative medicine that uses aromatic compounds to enhance both physical and psychological well-being. As a practice, it has been around for thousands of years, tracing its roots to the used of infused aromatic oils taken from plants. Writings from the first century describe these oils and their healing properties. The practice of distillation, invented in the eleventh century, opened the door for use of distilled essential oils as medicine. Today, products like wickless candles deliver the benefits of aromatherapy.

Essential oils have long been used to prevent disease and European doctors and scientists wrote about it as far back as 1937. The first person to reportedly use the word "aromatherapy" in print was the French chemist Rene-Maurice Gattefosse. In 1910, a laboratory explosion resulted in Gattefosse's hand being badly burned. The chemist developed gas gangrene, which he treated successfully with lavender oil.

The French surgeon Jean Valnet was the pioneer of medicinal uses for essential oils. During World War II, he used the substances as antiseptics to treat wounded soldiers. Aromatherapy has also traditionally been applied topically during baths, general massage, in compresses, and in skin care. Aside from topical application, the most common modes of application include aerial diffusion, which disinfects or fragrances the environment and direct inhalation for decongestion, respiratory disinfection, expectoration, and psychological effects.

In addition to improving health, aromatherapy can create a sense of well-being by reducing anxiety and pain, enhancing short-term memory and energy, and contributing to relaxation. Two mechanisms are thought to be at work during the application. Aroma is believed to influence the brain through the olfactory system. In addition, the essential oils themselves are believed to have direct pharmacological effects. Though the effectiveness of aromatherapy is unproven, those who practice it and those who are treated by it swear by the benefits.

When the body is balanced, it functions at its peak. Scent plays a major role in balance and alignment. Approximately 10,000 different scents can be distinguished by the body. The fragrance reaches the olfactory nerves inside the nose and moves up to the brain, traveling to the area that controls mood, memories, and the ability to learn. When this area, called the limbic system, is stimulated, endorphins and other chemicals that make us feel good are released.

Natural scents applied to the body or wafting through the air serve to calm a person, clearing the body of blockages that prevent it from maximizing its capabilities. Enhancing state of mind does wonders for elevating mood and creating a feeling of balance. When people want to feel better, they use citrus scents like lemon or orange to create clarity. Mint and pine are refreshing, while ylang-ylang and rose are antidepressants and natural sedative.

Whether essential oils are absorbed into the skin and blood stream or fragrances are inhaled through wickless candles or other room fragrance products, the benefits are received. Those exposed to the scent feel better physically and mentally. Aromatherapy is one of the easiest and least painful ways to achieve the desired results.