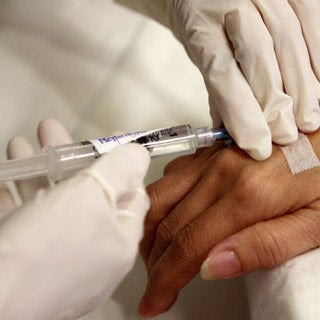 Many thousands of people every year undergo chemo and struggle with chemotherapy side effects. I know first-hand as I was the primary caregiver for my mother who passed away in 1997 from primary breast and secondary bone cancer. The nausea my mother experienced from the chemotherapy was so severe over a period of 6 months, that she could not even drink a few sips of water without vomiting. The watch this as her son was heartbreaking and every time she vomited I was there by her side rubbing her back to let her know someone cared.

What I did not know then was there are substances available that could have prevented this scene from unfolding and perhaps even prolonged my mother's life. The substance I will discuss in this article is Graviola or Paw-Paw Cell-Reg. If you are anticipating chemotherapy and are reluctant to undergo this treatment because of common side effects of nausea, hair loss, fatigue (general malaise and loss of energy) and joint pain, then you may wish to consider taking Graviola capsules or Paw-Paw Cell Reg. I run a well-known alternative cancer healing website and have received feedback from those who have taken Graviola/Paw-Paw Cell Reg capsules for this purpose. One lady who emailed me explained she started chemo initially and felt so ill with the side effects that she gave up. She was then told about Graviola capsules and started taking them and began a new course of chemotherapy. She wrote in her email after being on chemo for one month she had no side effects at all, and that others around her and the medical establishment were shocked.

Glen Russell is the founder and author of http://www.alternative-cancer-care.com a leading website on alternative cancer treatments which details an 11 Step Cancer Survivor Program on how to empower individuals to overcome cancer and heal from the inside out.