Does Yohimbe Work For Sex Or Weight Loss? 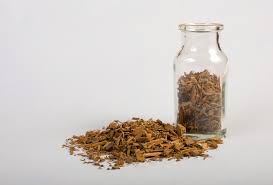 Not quite the same thing as your morning cup of coffee, Yohimbe, which is also a stimulant, claims to take things one step further, however.
You see, Yohimbe is considered to be an aphrodisiac as well, and some have claimed it to be an important supplement for weight loss.
Your cup of instant Folgers can't promise you that, now can it?
The closest most of us will get to using Yohimbe will be through the purchase of a generally dark brown bottle off the shelf at a Walmart or the corner grocery. The ability of this form of yohimbe, yohimbe bark, or yohimbe bark extract to actually rise to the occasion (sorry, couldn't help it) is still in question. In fact, there is little evidence that, other than through the placebo effect, that store-bought Yohimbe is worth the money you pay for it!
So, where does the claim for the power of Yohimbe come from?
Well, leaving aside the claims of tribesmen in the wild, most of the desired effect can actually be attributed to a big brother of OTC Yohimbe, i.e. Yohimbine Hydrochloride.
Yohimbine Hydrochloride (USP), a standardized form of yohimbine, really is a prescription medicine that has actually been used to treat erectile dysfunction. Most controlled studies, however, seem to indicate that even it is not always a genuinely effective treatment for impotence, and any "evidence" for increased sex drive (libido) is anecdotal only.
Still, Yohimbine hydrochloride has effectively been used for the treatment of sexual side effects caused by some antidepressants, female hyposexual disorder, and as a blood pressure boosting agent, as well as in other clinical, controlled applications.
Yohimbine has also been used to facilitate a person's recall of traumatic memories in the treatment of posttraumatic stress disorder, but it seems that, in general, the use of yohimbine outside medically controlled, therapeutic settings may not be appropriate or effective in such cases.
While Yohimbe does not seem to offer any direct value as an aphrodisiac itself, it could have a secondary effect on sexual drive or performance. Someone taking Yohimbe may experience a heightened sense of energy or excitement, and this, coupled with a strong desire and expectation of its success, may produce a significant mental belief that it IS WORKING! After all, a large amount of sexual performance in the male depends on the mind rather than the body.
Some studies seem to indicate that Yohimbe may assist in weight loss, and this has led to its popularity among some bodybuilders in particular. However, results are mixed on this.
Can it help or can it harm?
There does not seem to be much clinical evidence that Yohimbe is an important player when it comes to sex or weight loss. In fact, some who take Yohimbe, myself included, experience a heightened sense of anxiety and agitation...and I normally drink several cups of coffee a day and do not seem to react to stimulants such as caffeine at all!
Bottom line: There does not seem to be much reason to spend your money Yohimbe for improved sexual performance or for weight loss unless you just really want to believe that it works. You are probably better off just taking a long walk every day.
Donovan Baldwin is a freelance writer and 64-year-old amateur bodybuilder living in Stone Mountain, Georgia. A University Of West Florida alumnus (1973) with a BA in accounting, he is a member of Mensa and has held several managerial positions. After retiring from the U. S. Army in 1995, he became interested in internet marketing and developed various online businesses. He has been writing poetry, articles, and essays for over 40 years, and now frequently publishes articles on his own websites and for use by other webmasters. He also has an online store of health products which includes a section containing men's health products, which can be found at http://nodiet4me.com/health_products/mens/index.html.
Article Source: http://EzineArticles.com/?expert=Donovan_Baldwin