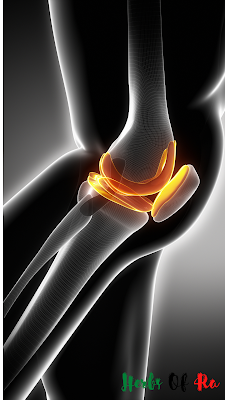 Although researchers have not been able to pinpoint the exact therapeutic agent in shark cartilage, many agree that the primary inflammation-fighting component is a family of complex carbohydrates called mucopolysaccharides.  Two members of this family, chondroitin sulfates A and C, have long been used by nutrition medicine practitioners to fight inflammation and enteritis.  But for some reason it appears that the naturally occurring forms of these compounds in shark cartilage (which are among the largest produced by any living cells) are more effective than the synthetically refined mucopolysaccharides.
Even more important, when combined with the angiogenesis inhibition properties, which are believed to exist in the proteins, shark cartilage may not only provide inflammation relief, but also inhibit the vascularization of cartilage — often associated with advanced cases of both osteoarthritis and rheumatoid arthritis –in human joints.  Inhibiting the formation of new blood vessels is the number one basis for claims made about shark cartilage’s ability to successfully fight cancerous tumors.
Shark cartilage itself appears to have no negative side effects, except for some reported upset stomachs.  Its major drawback is the fact that researchers cannot locate and isolate its active elements.  many people, like I. William Lane, Ph.D., the most prominent proponent of shark cartilage and author of the book Sharks Don’t Get Cancer, feel this is not a drawback, but rather a small tactic to eventually produce a synthetic version of shark cartilage to satisfy those with profit-driven motives.  “As soon as it’s pinpointed [the therapeutic agent], you can be sure the drug companies will synthesize it,” says Lane.  To the contrary, others, like Carl Luer, who has done extensive research with shark cartilage, feel that uncertainty is just grounds for skepticism.  He says, “If it’s effective, that’s great.”  But he adds, “We need to find out what [the active molecule] is, rather than catching sharks, chopping them up, and putting them in pill form.”  These two contrasting schools of thought give excellent insight to the moral, emotional, and professional dilemma that the advent of shark cartilage has spawned.
Shark Cartilage
Active Elements:
Proteins, Mucopolysaccharides,  rest unknown
How supplied:
Capsule,  Powder form
First Studies:
Institute Jules Bordet, Brussels, 1988
Early Research with
Arthritis Studies

Once shark cartilage came into the limelight, researchers concentrated mostly on conducting cancer studies with it.  The first arthritis studies, which are the best-documented, were done using bovine cartilage extracts.  Here is a look at some documented arthritis studies.
1. A study conducted by John Prudden was described in Seminars in Arthritis and Rheumatism1.  In this study, 28 arthritis patients, all of whom exhibited severe pain and major functional disability, were given a cartilage preparation over a period of three to eight weeks. Of the 28 subjects, 19 showed results that were classified as “excellent”; six were classified as having “good” results; and three were classified as “fair” or showed “no response”.  It was noted that none showed any ill effects.
2.  The results of a long-term study conducted by Dr. Rejholec, Head of Internal Medicine/Rheumatology at Charles University in Prague, Czechoslovakia, were published in Seminars in Arthritis and Rheumatism2.  The five-year, double-blind study was done using three groups, with a total of 147 osteoarthritic patients.  Two of the three groups were given variations of bovine cartilage extract;  the other group (control) received a placebo.  The placebo group was encouraged to use various non-steroidal anti-inflammatory drugs (NSAIDs) during active episodes.  These results were quite exceptional.  The groups treated  with the cartilage had average pain scores drop 85 percent, whereas the average pain score of the control group fell only 5 percent over the  five years.  Also, the actual joint degeneration in the cartilage-treated group was significantly less than that of the control group.  At the end of five years, the joint degeneration of the cartilage-treated group was 37 percent of the control group.
3.  In 1989, Jose A. Orcasita of the University of Miami School of Medicine administered doses of dry shark cartilage for a period of three weeks to six elderly patients suffering from “significant” to “unbearable” pain from osteoarthritis.  In all cases Orcasita reported that pain was markedly reduced and quality of life was vastly improved.3