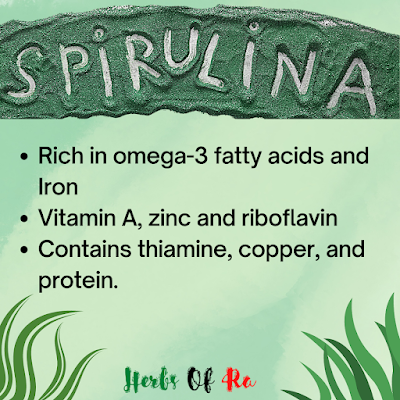 An interesting study published in 1995 (Author: Sevulla) that showed an 81% improvement in the academic scores of children who took one gram of spirulina daily for six months. I’m not aware of other studies examining the link between micro-algae and intellectual function, but this study alone is interesting enough to warrant a closer look.
An 81% improvement is dramatic, to say the least. And the dosage of spirulina used -- a mere one gram -- is only 1/10th the recommended standard dosage. What results could the standard dosage achieve? The mechanism of such dramatic improvements in brain function are very likely due to the presence of both GLA and phycocyanin (a blue pigment) in spirulina. Phycocyanin is known to enhance the functioning of the brain and nervous system. Furthermore, the presence of this pigment in plants and foods is extremely rare: Important to note in the area of prevention, spirulina is richly supplied with the blue pigment phycocyanin, a biliprotein which has been shown to inhibit cancer-colony formation. Predominant blue pigmentation in food is rare.
The chemical reality of spirulina’s blue color is demonstrated by its effect in the brain. Here phycocyanin helps draw together amino acids for neurotransmitter formation, which increases mental capacity. - Healing With Whole Foods by Paul Pitchford Certainly the GLA content of spirulina is another important factor. As I mentioned previously, the human brain is around 80% fat. Nerve tissues in the brain need “healthy” fats in order to function Superfoods for Optimum Health Chlorella and Spirulina 19 properly, and GLA is one of the healthiest fats you can consume. That’s why human breast milk contains high quantities of GLA. In fact, breast milk is the #1 source of GLA on the planet, and spirulina is #2. Breast milk contains GLA because infant humans need to quickly build brain mass in order to boost their chances of survival. A bigger, better brain allows a child to more quickly comprehend language, social interactions, environmental cues, interpret sensory input, and so on. So mother’s milk provides precisely the nutrients needed by infants to help them survive. Cow’s milk, on the other hand, is designed to help baby cows survive. That has a lot less to do with brain function and a lot more to do with helping grow a baby cow to several hundred pounds and enabling it to run more quickly. Cow’s milk, not surprisingly, has virtually no GLA.
Baby cow brains simply aren’t as important to their survival as the brains of human infants. (That’s also one reason why cow’s milk is a terrible nutritional choice for baby humans. Cow’s milk is the perfect food for baby cows, but a gross mismatch for the nutritional needs of baby humans. Even worse, the fact that adult human beings consume the mother’s milk of another species is truly bizarre. No other organism on the planet consumes the milk of another species, and every animal on the planet except humans “weans” itself off of mother’s milk. When I see adult humans drinking cow’s milk, I always ask them why they’re drinking baby food.) Getting back to the brain food topic, the GLA content of spirulina combined with the CGF content of chlorella (which repairs nerve tissues, remember?) provides a compelling reason to consume both of these micro-algae.
The GLA feeds your brain and nervous system with the nutrients it needs to be healthy, while the CGF repairs damaged nerve tissue. It’s a powerful combination, and it’s one reason why I recommend that people consume both chlorella and spirulina with each meal. They’re simply more powerful when consumed in combination.
Labels: beneficial health properties broccoli sprouts Chlorella And Spirulina